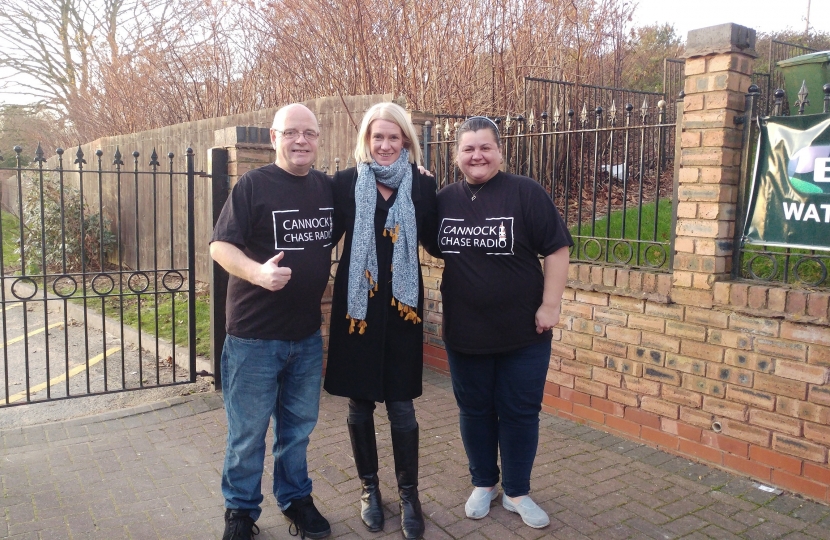 Amanda Milling recently met with Rob and Jane Hughes to celebrate the news that they have finally been granted a Community Radio Licence which will see Cannock Chase Radio broadcasting on FM next year.

Amanda Milling MP said: “I am absolutely delighted that Cannock Chase Radio have secured a FM licence. Their success is testament to their tireless work and dedication to our local community. They already have a really big presence in the community and I am so pleased that this has finally been recognised by Ofcom. A huge well done must go to Rob and Jane Hughes and all of the team at Cannock Chase Radio.”

The recent news that the local community radio station has been awarded this licence by Ofcom comes after a hard fought campaign by Cannock Chase Radio, which has seen the Cannock Chase MP raise the issues with the licencing process during debates in the House of Commons.