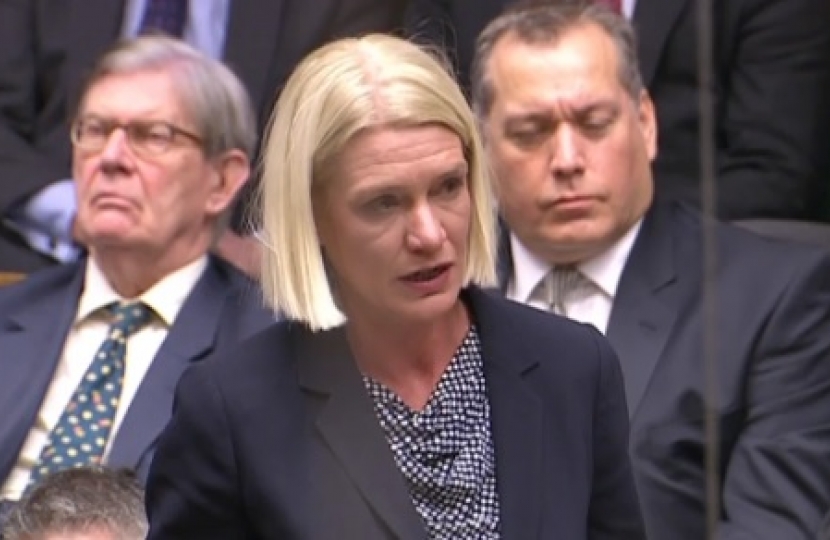 The Commissioner’s ‘Proceeds of Crime Fund’ sees the money seized from criminals going straight back into local communities across Staffordshire.  The Police and Crime Commissioner for Staffordshire, Matthew Ellis, is calling on community safety groups to apply for grants of between £3,000 and £15,000 for projects that will help reduce crime and antisocial behaviour across the county.

Amanda Milling commented: “It is absolutely right that the proceeds of crime are returned to the local communities that have been the victims of crime.  This is why I would encourage local community safety groups from across Cannock Chase to apply for the grants being made available from the Commissioner’s ‘Proceeds of Crime Fund’.  I want to make sure that here in Cannock Chase we get our share of the money being made available to help reduce crime and tackle anti-social behaviour.”

The Cannock Chase MP added: “Matthew has been an excellent Police and Crime Commissioner for Staffordshire since his election back in November 2012 and I believe that this scheme is just one of many examples of ways in which he has been delivering real value for everyone in Cannock Chase.”

The Commissioner’s ‘Proceeds of Crime Fund’ is supporting projects in conjunction with local policing teams and local authorities. It is made up of assets and money seized by Staffordshire Police from criminals under the Proceeds of Crime Act.  Bids have to demonstrate a clear connection with reducing crime and fit into one of the Commissioner’s four priority areas: intervening early, putting victims first, preventing offender and re-offending, and improving public confidence. Partner agencies involved in community safety locally can apply individually or in collaboration. The latest application window is open now until 14 April 2016.

Staffordshire’s Police and Crime Commissioner, Matthew Ellis said: “I changed the way things were done in Staffordshire in 2013 to make sure that every bit of funding received from the proceeds of crime goes to fund community safety. Criminals take from law-abiding people, police take the ill-gotten gains from criminals and it all ends up back in communities, benefiting law-abiding people. What goes around comes around! I’ve seen first-hand across Staffordshire how this money is being spent at a local level to tackle the root causes of crime, prevent offending, support victims and help make communities safer.”

In response to Amanda Milling’s question, the Prime Minister said that Police and Crime Commissioners provide greater clarity to local people on the issue of policing and when they bring forward good ideas, such as Matthew’s ‘Proceeds of Crime Fund’, they should be rewarded at the ballot box.

More details, including application forms and animated videos about the fund are available at www.staffordshire-pcc.gov.uk/fund

You can watch Amanda’s question to the Prime Minister here – http://goo.gl/vc6YOL