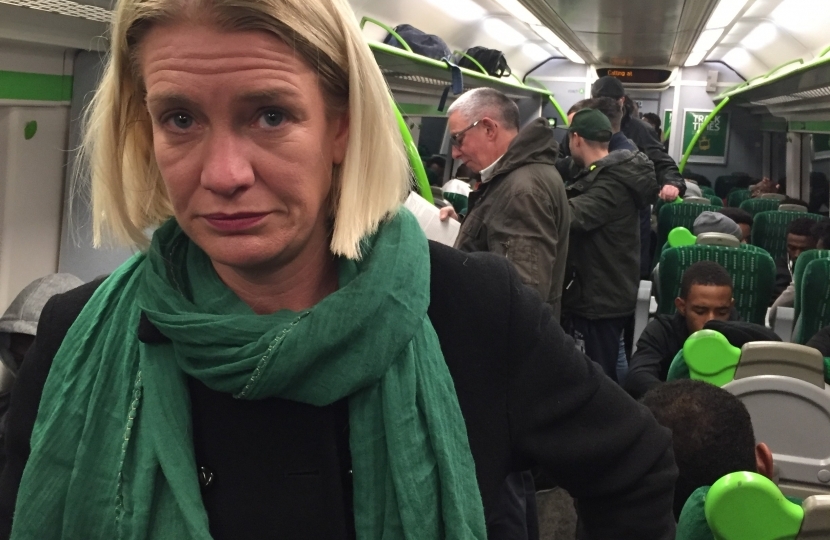 The Chase Line, which is a commuter line connecting Cannock Chase to the West Coast Main Line and Birmingham, is operated by West Midlands Trains, and has seen many months of service disruption, with trains being cancelled, delayed and terminated before completing their full route.

Amanda Milling MP has been lobbying West Midlands Trains to address these issues and the operator has brought in a number of plans to address the issues passengers experience.

Although the cancellations and early termination of services have reduced in their frequency in recent weeks, the Cannock Chase MP has continued to put pressure on West Midlands Trains to make the service more reliable for passengers.  She met with West Midlands Trains this week where they set out further measures they are implementing in March to address the reliability issues, ahead of major timetable changes in May.

Amanda Milling MP said: “There have been many issues reported to me by passengers that do still include delayed and cancelled trains, as well as staff shortages, anti-social behaviour and fare-dodging on the Chase Line. I raised all these issues in my meeting with West Midlands Trains this week and I impressed on them the need to address these issues.”

From 16th March, one weekday departure per hour from Rugeley Trent Valley, which previously travelled to London via the Chase Line, will now terminate in the West Midlands, either at Birmingham International or Coventry. Affected services are the 0820, 0921, 1020, 1120, 1220, 1320, 1420, 1516, 1620, 1720, 1820 and 1918. This change should see the end of trains having to terminate early Hednesford, as when the train is heading to Rugeley Trent Valley from Birmingham, it should not have to be turned around to make up time needed to reach London Euston.

Amanda Milling hopes that these changes will mean a more reliable service on the Chase Line as the service will be protected from delays elsewhere on the network.  The Cannock Chase MP will be seeking feedback from passengers after this change has taken place.

The Cannock Chase MP added: “The good news is that further timetable changes will come into effect from Monday 16th March, which should further improve reliability on the Chase Line. I urge passengers to keep me updated on their experiences travelling on the line, as I will continue to hold West Midlands Trains to account for any failings in the service.”

Vote now for the "Best of Cannock Chase"

Amanda Milling MP is urging local residents to come out and support their local independent shops and restaurants.