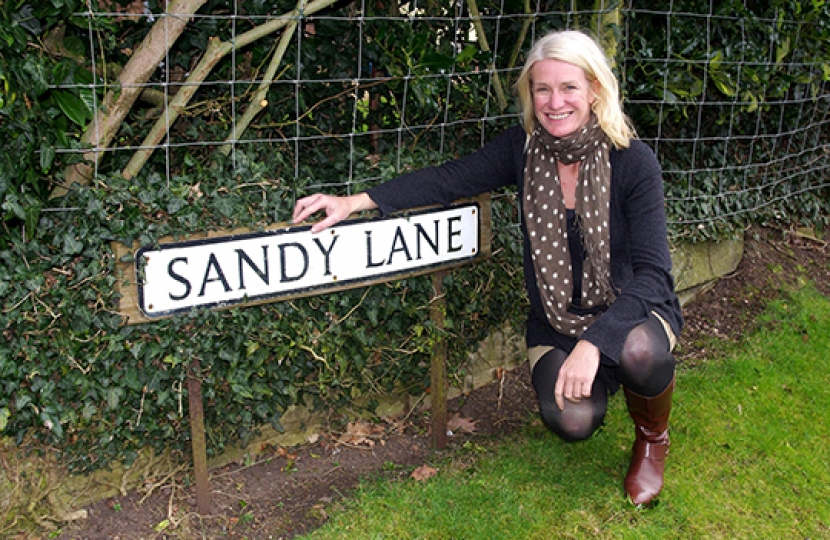 Conservative Prospective MP Amanda Milling has welcomed the results of a new survey revealing that Sandy Lane in Cannock is the street with the fastest broadband in the country.

The survey by uSwitch.com found that Sandy Lane, Cannock, had the fastest connection speed in the country with an average of 72.86Mbps over the last six months.

Additional figures show that thanks to investment from the Conservatives 3,234 homes and businesses across Cannock Chase now have access to superfast broadband.

This investment is part of the Conservatives’ long-term economic plan that will mean families will be able to enjoy the full benefits of the internet and businesses being able to open up new markets and do business across the world, helping them to expand and create new jobs.

‘It is fantastic news that it is Sandy Lane, here in Cannock Chase that has been named as the street where you will find the fastest broadband in the country.

When Labour left office, 3 million homes and businesses didn’t have access to the fast broadband speeds they needed.'

'That’s why the Conservatives, as part of our long-term economic plan, are investing £1.7 billion to roll out superfast broadband to 95 per cent of the UK by 2017. This investment has already meant 3,234 premises in Cannock Chase now have access to superfast broadband.'

‘This investment that is only possible because we have a strong economy and a long-term, economic plan. Only by sticking to that plan will we be able to continue to improve Britain’s infrastructure and ensure the whole country can access world-class broadband connections’.