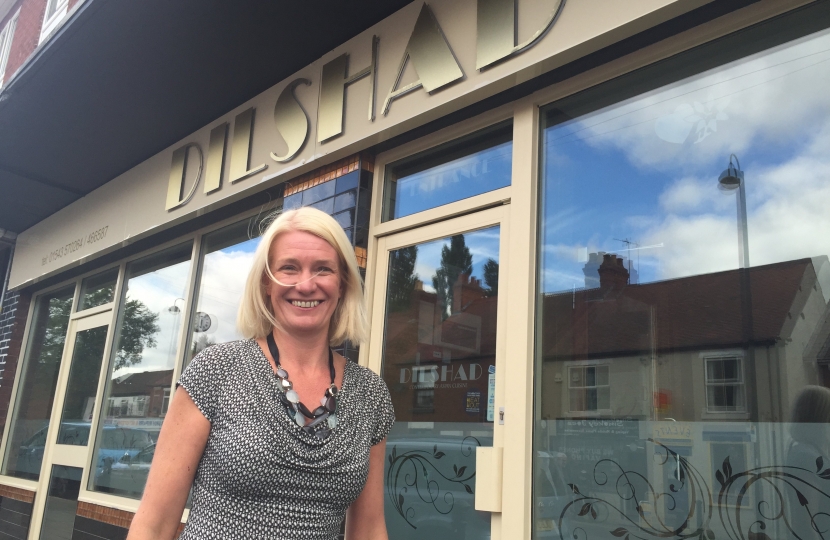 The Dilshad in Chadsmoor is nominated as the Cannock Chase entry in the Tiffin Cup 2015.

A Cannock Chase restaurant has been entered into a national competition to fly the flag for the area. The Dilshad, the Indian restaurant in Chadsmoor, has won the vote of Amanda Milling MP in the first round of the Tiffin Cup.  The competition, run annually by Keith Vaz MP, aims to find the best South Asian cuisine in the United Kingdom.  MPs nominate a restaurant in their constituency to the national competition.  Each restaurant is then visited by mystery diners to mark the food, service, atmosphere and decor to find the regional winners of the Tiffin Cup.  The final award is made each year after the regional finalists are invited to a prestigious cook-off in the Houses of Parliament.

Amanda Milling said, “We have some great South Asian restaurants in the constituency and it was very hard to pick a nomination. The Dilshad is a very worthy nomination and I think they have a great chance in this competition. This will give us an opportunity to showcase our local restaurants and put us on the culinary map.”

The competition winner will be announced in October.