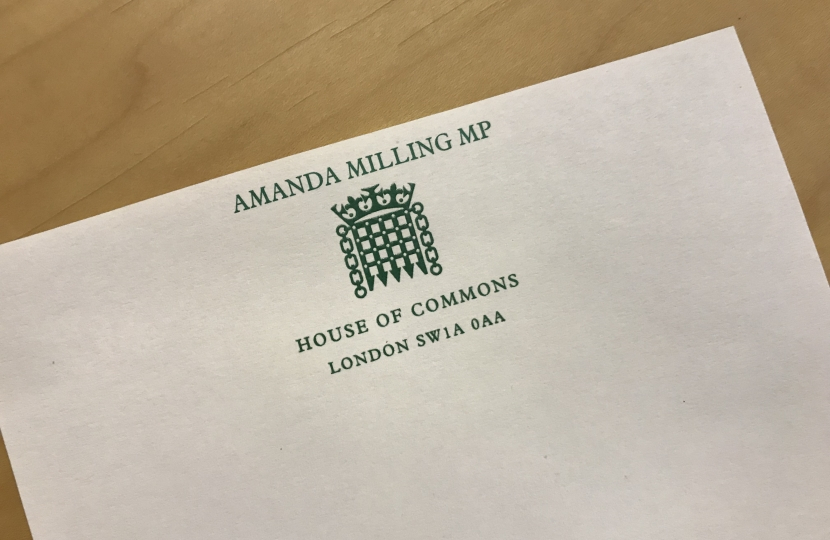 Last week Cannock Chase fell silent in remembrance of those who bravely and selflessly answered the call of duty.

So many brave men and women from across Cannock Chase have served in our armed forces, with many making the ultimate sacrifice for our country.

Remembrance Services were held across Cannock Chase and a strong community presence was seen at all. Residents came out in force to show their respect and gratitude for our service men and women who never came home.

Over the last few weeks, I have had the opportunity to learn more about our armed forces and our amazing service personnel by again taking part in the Armed Forces Parliamentary scheme.

Five years ago, I took part in the Army branch of the scheme, spending time meeting with our troops up and down the country as well as visiting those deployed abroad.  The scheme enables participating MPs spend time visiting bases, take part in training schemes and observe activities being undertaken by our forces.

I am now taking part in the Navy branch and have already had the chance over recent weeks to visit several naval bases and training facilities. I am really looking forward to the coming year and gleaning a better understanding of the Royal Navy, its role in the defence of the UK and our overseas territories.

It is a real honour to see our armed forces in action and to spend time with them. They will always have my upmost respect and thanks. In this national period of remembrance, it’s important to acknowledge that so many brave men and women from across Cannock Chase serve, and have served, in our armed forces.  In particular, we remember those who made the ultimate sacrifice for our country.

As ever, please do not hesitate to raise any issues with me by telephone on 01543 877142, via e-mail at amanda.milling.mp@parliament.uk or in writing to 11a Market Street, Hednesford, Cannock, Staffordshire, WS12 1AY.