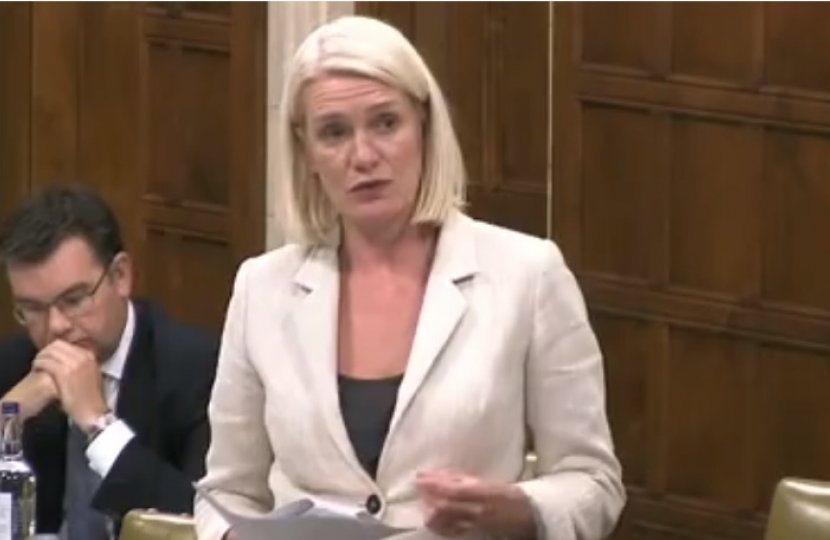 Amanda Milling MP led a Westminster Hall debate on the subject of FM radio applications. This is part of her ongoing campaign supporting Cannock Radio, who have been trying to get their own FM licence since their launch last year.

Amanda debated the subject along with a number of other MPs and they had the opportunity to quiz Minister of State for Culture and the Digital Economy, Ed Vaizey MP. In Amanda’s speech she outlined Cannock Radio’s story so far and their plans for the future – which are reliant on them being issued a FM licence.  She went on to explain the difficulties that Cannock Radio have been experiencing in securing a FM licence which is down to Ofcom’s current application process.

Currently the system for obtaining a FM licence is on a region by region basis. Once a region’s stations have been considered, Ofcom will move to the next region to complete the same process. The Midlands region was considered early in 2014 before Cannock Radio was created. Having missed this round and with no future rounds for the area announced, Cannock Radio faces uncertainty as to if and when they will get the opportunity to apply.

In Amanda’s speech she presented a number of suggestions to the minister, asking that he call on officials at Ofcom to consider changes to the current process to help provide greater certainty and fairness for stations such as Cannock Radio.

“Community radio is vital for communities to keep in contact and share information with each other.  We are very lucky to have Cannock Radio which I have been a real supporter of since their launch last year. The process of securing a FM licence is long and time consuming and I fully appreciate the frustrations of Cannock Radio.  I was keen to outline the issues to the Minister and call for improvements to be made to provide greater certainty for stations such as Cannock Radio.”

In his response the Minister of State for Culture and the Digital Economy, Ed Vaizey MP praised Cannock Radio and their work to date establishing them as a strong community radio station. He also added that he looked forward to taking up Amanda’s offer to visit Cannock Radio at their new studio in Bridgtown.

He also outlined the rationale for the current process but did recognise the potential need for Ofcom to review their process in light of some of the suggestions made.