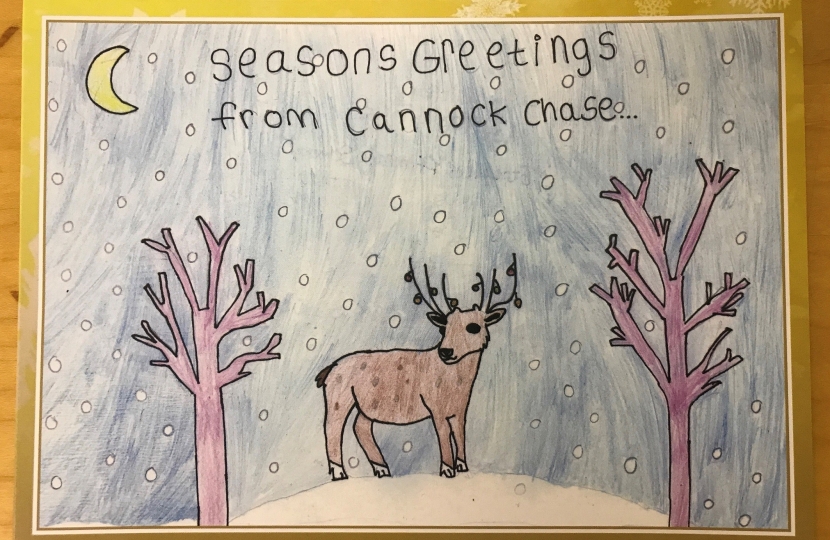 Amanda Milling, Member of Parliament for Cannock Chase, has announced the winner of her 2017 Christmas card competition.

Earlier this year Amanda invited local school children to design the cover of her official 2017 Christmas card, with the winning design featuring on the front of her card and two runners up on the back. Amanda received hundreds of entries making it very difficult to choose the winner and runners up.

Amanda said: "It was exceptionally difficult to choose the winner, with all the entries being very good. I am delighted to announce that Livia Bentley, aged 10, from St Luke's Primary School, was the winner and her design now features on the front of my Christmas card. I am sure everyone will agree that this design is fantastic and particularly suited to Cannock Chase!"

Amanda added: "Both of the runners-ups were great designs and it was very hard to choose the winner. I would like to thank the hundreds of local school children who took part in the competition, all the designs were brilliant.”