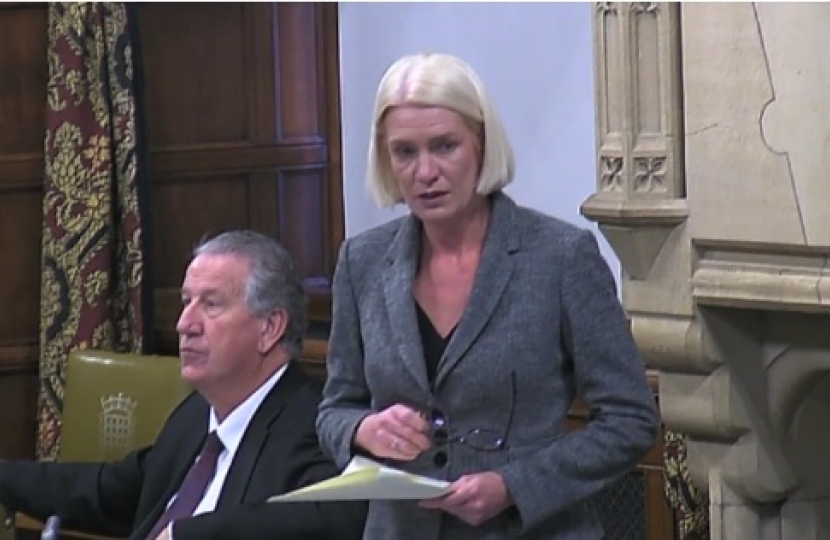 Amanda Milling, the Member of Parliament for Cannock Chase, spoke this week in a debate in Parliament about Biomass.  She used the debate as an opportunity to again raise the issue of the potential closure of Rugeley Power Station with Ministers, calling for more work to be done by the Government to explore policies that would encourage and incentivise the conversion of coal fired power stations to biomass.

Earlier this month, Engie, the owners of Rugeley Power Station announced its potential closure this Summer.  Rugeley B is the latest in a list of five power stations that have recently announced that they may close or partially close.  Whilst the Government announced last year that it is looking to phase out coal fired energy production by 2025, the country is seeing coal fired power station closures being accelerated given rapidly deteriorating market conditions.

Whilst the owners of Rugeley B  did investigate the conversion from coal to biomass fuel in 2012, they subsequently made the decision in 2013 not to pursue this option.  With the closure of power stations across the country Amanda believes there is now a need for Government to revisit their policy in terms of biomass, before the infrastructure is lost for ever.

Biomass, is a low carbon renewable energy source, which provides greater reliability and flexibility compared with other renewable energy sources, such as wind and solar.  However, Amanda believes that the benefits of biomass are currently not fully recognised in government policy and it is not necessarily competing on a level playing field when compared to other renewable sources as the ‘whole system costs’ are not being factored into policy making.

Coal fired power stations can be converted to use biomass, extending their life, and enabling the existing infrastructure to be utilised, rather than having to build new energy generating facilities.

Amanda Milling said: “These power stations provide the infrastructure for potential conversion to biomass and their workforces also have the specialist skills that are required to operate a power station.  I have therefore suggested that the Government should help to facilitate a more level playing field in terms of the way energy sources such as wind and solar are compared to biomass. Research shows that if biomass was considered on a level playing field then conversion projects would be more economically viable and could help us save some of our power stations.”

Amanda Milling also raised concerns with the Government about the loss of the existing power generation infrastructure as business rates are incurred up until the point when a power station is demolished, meaning that owners have no incentive to retain the existing infrastructure.  With the acceleration of power stations closing through market conditions, Amanda is concerned that there is a real danger that these assets will soon be gone, potentially putting pressure on the UK’s energy security.

Amanda added: “With business rates incurred up until the point at which a power station is demolished there is no incentive to retain the infrastructure, in fact, quite the opposite – an incentive to demolish as quickly as possible.  Once these power stations are closed and demolished that’s it – the infrastructure which could be used to support alternatives, such as biomass, will be gone forever.”

The MP concluded by calling on the Government to expedite investigations into biomass as a realistic alternative to other renewables and encourage and incentivise the conversion of these last remaining coal fired power stations.