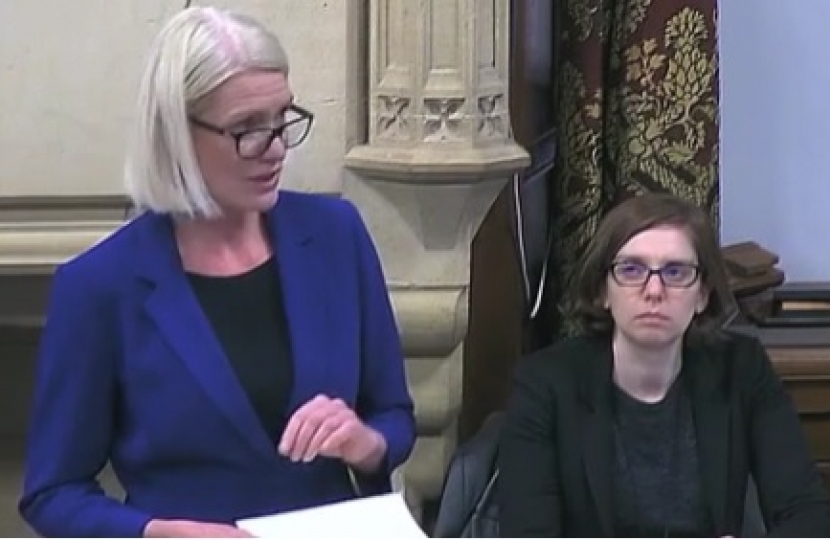 Amanda Milling, Member of Parliament for Cannock Chase, has held a Westminster Hall debate on the future of coal fired power station sites. The Cannock Chase MP, whose constituency includes Rugeley B Power Station, was joined by a number of MPs from Staffordshire and across the UK to debate the future of coal-fired power station sites. Many Staffordshire MP’s including Christopher Pincher (Tamworth), Andrew Griffiths (Burton), Jeremy Lefroy (Stafford), Michael Fabricant (Lichfield) came out to discuss the future of the Rugeley B Power Station site. They were joined by Marcus Jones MP, Minister for Local Government. The debate gave local MPs the opportunity to discuss the impact of the power station’s potential closure and to stress the importance of regeneration of the site quickly, should the plant close, and to raise a number of key points with the Government Minister. The MPs raised the need to support the power station’s employees, contactors and wider supply chain and to avoid the loss of leisure and recreational facilities that are currently available on the site. Rugeley B is one of five stations across the country that has in recent months announced possible closure or part closure, and the Cannock Chase MP felt there was an urgent need for the government to consider the future of these sites. Amanda Milling said: “I think it was very important that MPs had the opportunity to debate the future of these sites and raise this issue with the government. If Rugeley B Power Station does close I believe it is essential that the site is redeveloped as quickly as possible to provide new jobs to replace those lost and create new jobs for the area.” The Cannock Chase MP commented that while many accept that the station is over 40 years old and is near the end of its natural life, the announcement in February by the owners, Engie, that the station is likely to close this Summer has come much sooner than expected, accelerated as a result of deteriorating market conditions. Amanda Milling highlighted the national strategic importance of the site – given its size, location and connectivity. The 374 acre brownfield site could accommodate a range of different developments including housing, commercial/industrial units, and a gas power station. A multi-use development of this nature could help to deliver against the government’s priorities – to encourage enterprise, create jobs, provide new homes and generate energy. With excellent road and rail links; National Grid and Fibre Optic Broadband connectivity the Cannock Chase MP set out the case for new enterprise opportunities relating to innovation and technology to be considered as well as the creation of a Rugeley Enterprise Zone. Amanda also set out the case for part of the site to home a new gas power station to utilise the existing infrastructure and create jobs for the highly skilled workforce who currently work at Rugeley B – an issue she raised in Parliament last month. The Cannock Chase MP pressed the Minister for Local Government on: • The future development of the site given its size, location and connectivity – this site is of significant strategic importance to the West Midlands • The need for the site to be developed speedily to create new jobs • The need to review the planning process for the building of Combined Cycle Gas Turbines where power stations have already existed • The challenges faced with site decontamination and demolition • The importance of the sport and social facilities on the site and the need to make adequate new provision in the area • The difficulties faced by Cannock Chase District Council, due to the loss of business rates. Amanda Milling added: “As an area, Cannock Chase has demonstrated resilience to the changes in the industrial landscape and, in particular, the closure of the mines and Rugeley A, but we potentially face big challenges again. We cannot be complacent and it is imperative that we are proactive and plan for Rugeley’s future should the power station close. We need to prioritise wholescale and speedy redevelopment of the site and we must not miss out on the economic benefits the site’s re-development could offer. It is critically important that we all, at local and national government level, continue to work together to consider the future of Rugeley.” Amanda has recently met with the power station owners, Engie, trade union representatives and government ministers to discuss both the short and long term implications of Rugeley B’s future and talks are on-going. The Westminster Hall debate comes a couple of weeks after visit from the Secretary of State for Local Government and Communities, the Rt. Hon Greg Clark to the power station. You can read the debate on Hansard at - http://goo.gl/oHckx5. You can watch the Westminster Hall Debate at - http://goo.gl/klq09w .