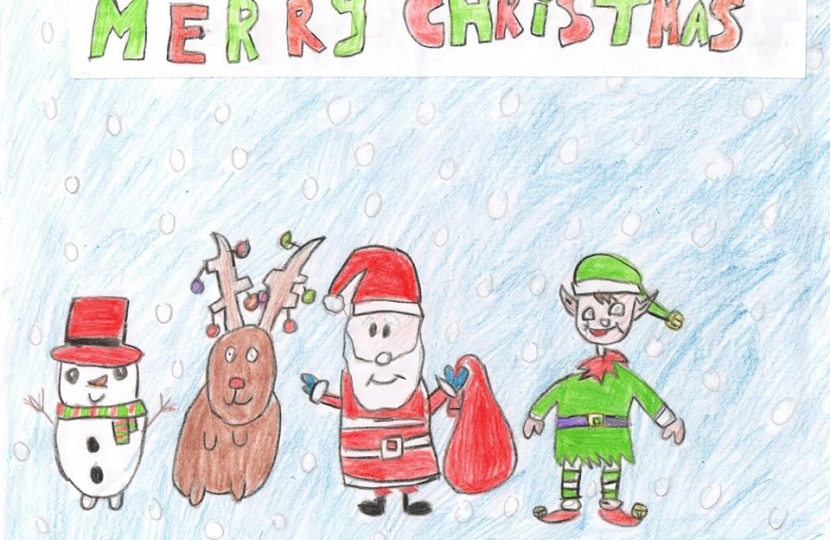 Amanda Milling, Member of Parliament for Cannock Chase, has launched a competition to design her 2019 Christmas Card.

The Cannock Chase MP has written to local primary and junior schools asking them to submit designs by pupils for the cover of her official 2019 Christmas card.  The winning design will feature on the front of the card and the two runners-up on the back.  A further 12 designs will also be published on the MP’s Facebook page over the 12 Days of Christmas.

In the past, the annual competition has received hundreds of entries each year.  The card, featuring the winning designs, is sent out to hundreds of people, including the Prime Minister.

Amanda Milling MP said: "It is that time of the year when I am asking local school children to turn their attention to Christmas, and the design of my official 2019 Christmas card. I am urging local primary and junior schools to get their pupils to enter the competition.  The winning design will feature on the front of the card, and the two runners-up on the back.  As ever, last year’s competition was fiercely contested, with hundreds of designs submitted. I hope that this year even more schools will take part in the competition. The Christmas card will be sent to hundreds of people, including our new Prime Minister, the Rt. Hon. Boris Johnson MP.”

Schools have until Thursday 31st October to submit their pupils’ designs.