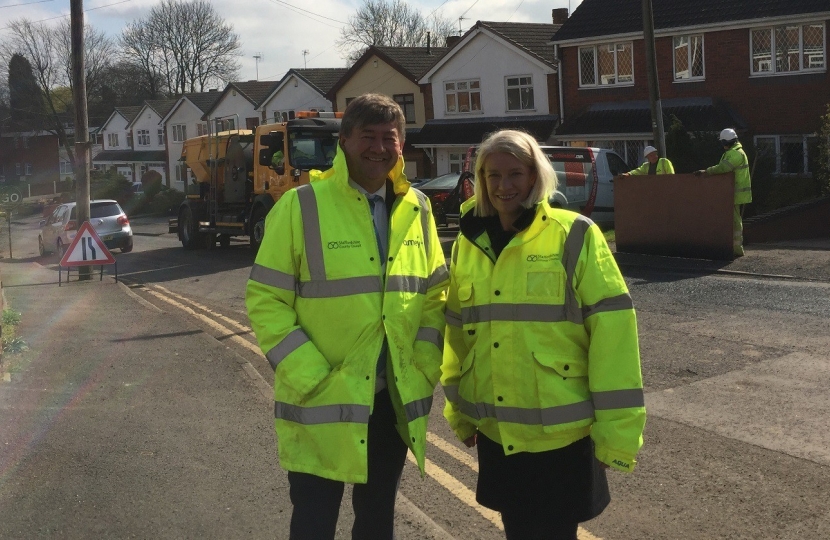 Amanda Milling, Member of Parliament for Cannock Chase, has welcomed the news that Staffordshire will receive £2.2 from the Government’s £100m Fund to tackle the damage caused to roads this winter. The funding was announced by the Secretary of State for Transport, the Rt Hon. Chris Grayling MP.

Staffordshire County Council has already pledged to spend an extra £5m on potholes and preventative treatments this year – on top of the £5m extra it spent last year. This new funding further increases the available resources to repair winter damage to Staffordshire’s roads. The Cannock Chase MP has described the investment as essential if local roads are to be brought up to an acceptable standard.

Amanda Milling MP said: “I am contacted on a daily basis by constituents concerned about potholes.  The recent wintery weather has caused some extensive potholes and considerable damage to many road surfaces across Cannock Chase.  It is essential that Staffordshire County Council act quickly and use this Government funding to bring our worst pothole filled roads up to an acceptable standard.”

The Cannock Chase MP has long lobbied Staffordshire County Council about the state of the roads around Cannock Chase and pushed, in particular, for repairs to Hill Top roundabout in Hednesford, Church Road in Norton Canes and Five Ways Island in Wimblebury.  Following numerous complaints Market Street in Rugeley has recently been resurfaced.

She added: “Real progress has been made over the last year in terms of significant road repairs in locations such as Hill Top Roundabout and Five Ways Island.  I was pleased to see Market Street in Rugeley has been recently resurfaced as it was in a terrible state of repair.  Whilst progress has been made there is more work to do so the new funding which has been announced by the Government is great news.”