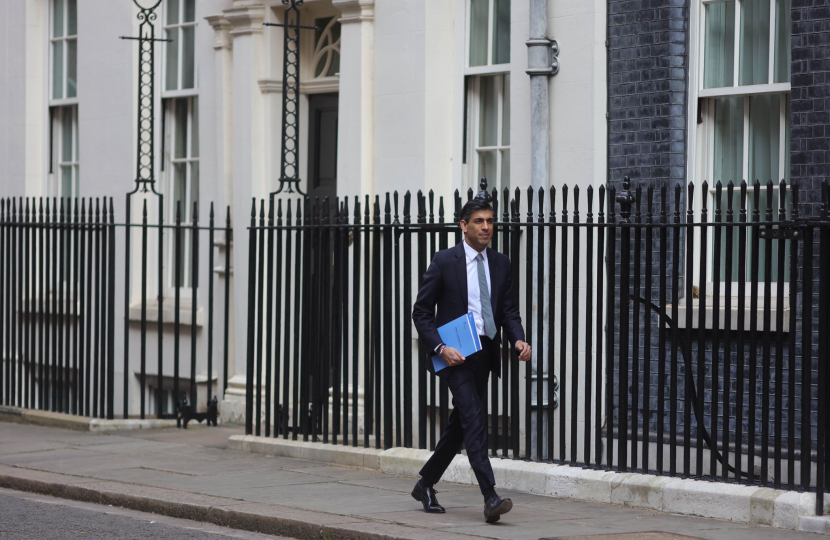 The situation in Ukraine reminds us that the United Kingdom’s security and ability to be a force for good in the world is largely based on the strength of our economy.

Thanks to our actions, the economy is recovering well, with record job vacancies and unemployment back at pre-crisis levels.

However, the steps we are taking to sanction Russia are not cost free for us at home: the biggest impact will be on the cost of living for working families.

That's why last week the Chancellor announced a number of measures to support households his Spring Statement.

The Chancellor has cut fuel duty by 5p per litre - the largest cut to fuel duty ever.

I am also pleased £1 billion has been pledged to help the most vulnerable households with essential costs such as food, clothing and utilities through the Household Support Scheme.

There will be a £6 billion tax cut on National Insurance meaning that 30 million working people will save over £330 a year. And 70 per cent of people will pay less tax even after the Health and Social Care Levy has been introduced.

These measures are on top of those already introduced to support people with the cost of living - including a reduction of the Universal Credit taper rate and increasing the National Living Wage.

There will also be a non-repayable £150 cash rebate for homes in Council Tax bands A-D, equivalent to 80 per cent of all households; and £144 million of discretionary funding.

I know people are worried about the rising cost of living and are facing difficulties which the government is determined to fix.

But it is only because a Conservative government is capable of the tough but responsible decisions to fix our public finances that we can support people with the cost of living, cut taxes, reduce debt and increase public spending.