Commemorating 40 Years Since the Falklands War 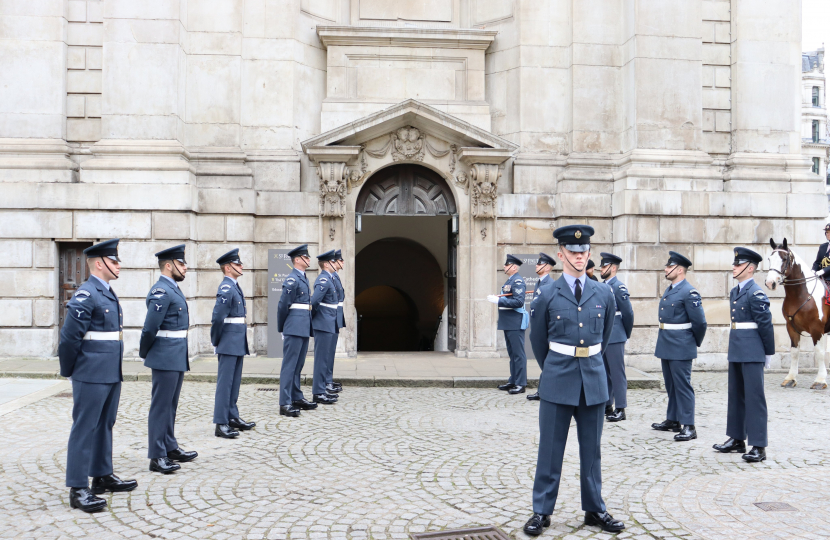 This year marks the 40th anniversary of the Falklands War.

Last week it was an honour, as the Minister responsible for the Overseas Territories, to attend a service at St Paul’s Cathedral to mark the historic day that the British naval taskforce was dispatched to the Falklands.

I wholeheartedly salute the heroism of those who served in the Falklands War, and especially the 255 British troops who died in the conflict. We remember them and also those still affected to this day, including their families.

We pay tribute to all veterans and their families.

I know that many from Cannock Chase made huge sacrifices in the Falklands War. We must never forget the vital roles played by our local heroes and their families.

Their bravery ensured the people of the Falkland Islands can be justly proud of the prosperous and secure future they have built for their islands since 1982.  Something I saw first hand when I visited the Falkland Islands a few years ago with a Parliamentary delegation.

I am glad that the Royal British Legion is planning a series of events across the UK in this 40th anniversary year.

There will be a special service at the National Memorial Arboretum here in Staffordshire on 14 June.

The service will feature veteran testimonies from the Services, Merchant Navy, and civilians involved in the war.

As a Foreign Office Minister, I will continue to ensure the Falkland Islands remain a flourishing self-governing British territory where their diverse, modern society is celebrated.

The conflict in Ukraine reminds us all of the importance of peoples’ rights to determine their own future. But we must also remember the bravery of those who fought to liberate the Falklands 40 years ago.