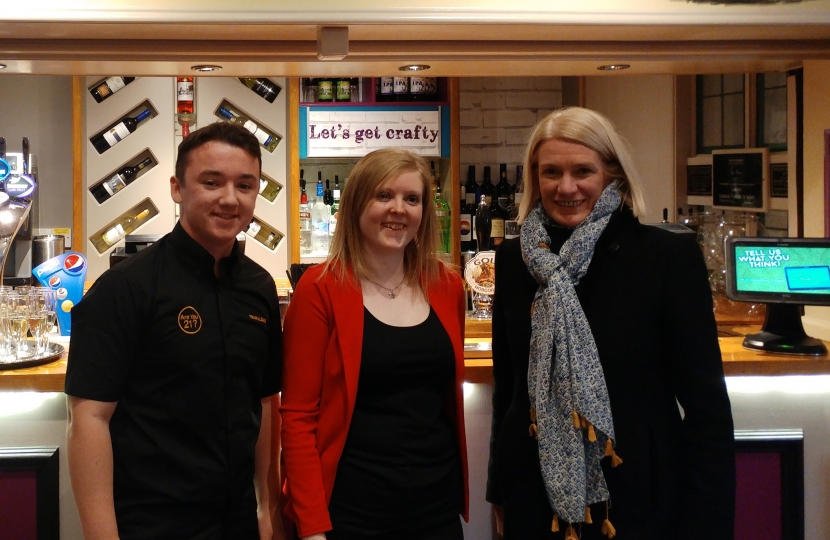 The popular pub on Littleworth Road has recently undergone a major refurbishment and the Cannock Chase MP was present to cut the ribbon and declare the pub officially re-opened. The event was held on Friday 24 November and was attended by the pub's regulars and local residents.

Amanda Milling MP said: "It was a real pleasure to join Michelle and James as they re-opened the doors of The Trafalgar to the public following the refurbishment. The new look is amazing and it is clear a lot of time, effort and work has gone into the revamp. The Trafalgar is at the heart of the local community and I would encourage local residents to pop in and sample the great drinks and food on offer”.

This is not the first time the Trafalgar has been in the news recently, with their chef Jordon Dewhurst recently nominated for the Best Pub Chef Awards 2017/18.

The Cannock Chase MP added: "It was great to meet all of the team who work at the Trafalgar, including Jordon Dewhurst, who was recently nominated as our local entry in the national Best Pub Chef Awards. He will go on to represent Cannock Chase in the national competition and I would like to wish him well with the next stage."