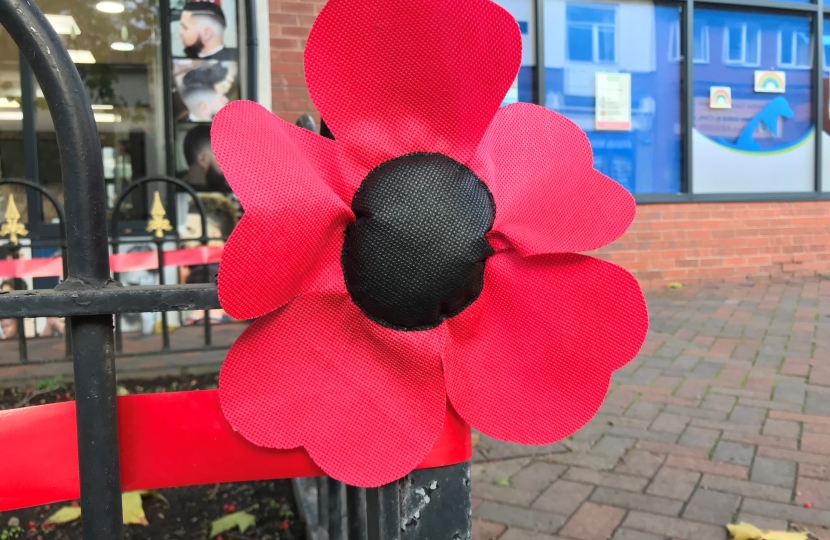 Next week we will mark Remembrance Day. A day where we pay tribute to the service and sacrifice of all those who have defended our freedoms and protected our way of life.

The weeks leading up to Remembrance Day are always a time to reflect on the debt of gratitude we owe to our Armed Forces. I will be paying tribute to the sacrifices they have made for us at several local services over the coming week.

My office often gets enquiries from the public about details of the local services that are taking place across Cannock Chase.

Services take place both this weekend, and on Remembrance Sunday.

Below is a list of all the ceremonies taking place and they are all open to the public. Some also have church services, details of these and availability of seating are available from the indvidual churches.

Bridgtown - From 10:15 a.m. a parade assembles at the junction of Park Street and Union Street and marches off to War Memorial for wreath laying.

Wimblebury - At 11 a.m. a service is held at War Memorial located on John Street, Wimblebury.

Chadsmoor - Following the 10 a.m. service at Bethany Baptist Church, a ceremony is held at the War Memorial.

Cannock - At 10:15 a.m. a parade assembles on Stafford Road (outside South Staffordshire College), then marches to War Memorial. Then a service and laying of wreaths takes place at the War Memorial.

Hednesford - At 10:30 a.m. a parade assemble by St Peters Church and then marches to the War Memorial for an Act of Remembrance at 10:45 a.m.  Following this, the parade marches through the town to The Hednesford Ex Servicemen’s Club & Institute for short Act of Remembrance.

Rugeley - At 10.30 a.m. the parade assembles at Mansfield House Car Park, Market Street, then marches off to the War Memorial for 10:55 a.m. Then a service takes place at the at cenotaph.

Heath Hayes - Following the 10 a.m. service at St. John’s Church, the parade marches to Memorial Gates, Heath Hayes Park, for service and silence for 11am.

Norton Canes - At 10.55 a.m. an outdoor Service of Remembrance is held at the War Memorial window, St. James Church.

It was so exciting to see the Queen’s Baton passing through Cannock Chase.