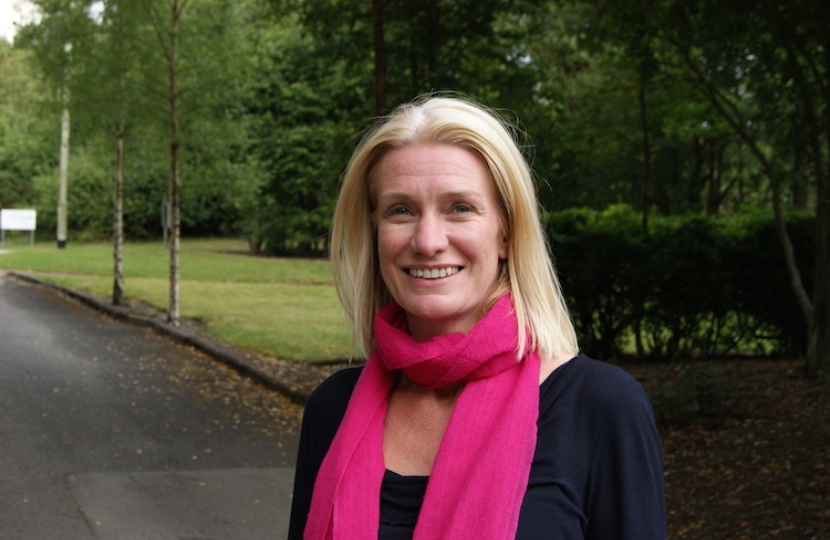 Amanda studied Economics and Statistics at University College London, after which Amanda built up a successful career in market research, specialising for a large part in the financial services sector. Before entering Parliament, Amanda was Director and Head of Clients at Optimisa Research. In 2009 Amanda became a local Conservative Councillor and was a campaign organiser for several local and national elections.

Amanda was first elected to Parliament in 2015. In that Parliament she served on the Business, Innovation and Skills Select Committee as well as the Education, Skills and Economy Sub-Committee and Committees for Arms Export Controls. As part of these committees Amanda has been involved in some high profile inquiries, including those looking at the quality of Higher Education, the working practices at Sports Direct and the collapse of BHS. Amanda also took part in the Army branch of the Armed Forces Parliamentary Scheme.

Up until the General Election in June 2017, Amanda served as a member of the Business, Energy and Industrial Strategy Select Committee. In the last Parliament she also served on several Bill Committees including the Higher Education and Research Bill, Welfare Reform Bill, the Policing and Crime Bill and the Children and Social Work Bill. Amanda served as a Parliamentary Private Secretary to the Foreign and Commonwealth Office Ministers, before being appointed an Assistant Government Whip in the 2018 New Year reshuffle. Amanda was appointed Deputy Chief Whip in July 2019. In the 2020 reshuffle, Amanda served as Minister without Portfolio and Chairman of the Conservative Party, and also appointed to the Privy Council. From September 2021 to September 2022 Amanda served as a Minister of State at the Foreign, Commonwealth & Development Office.

Amanda’s main areas of interest in Parliament have been Education and Young People (including career advice, apprenticeships and higher education), Blue Light Services (collaboration), the Armed Forces and Business & Enterprise (with a particular focus on trade & exports).

Locally, Amanda has been an active campaigner on many local issues. These include the closure of the Rugeley B Power Station and its redevelopment, maintenance of the local road network, the delivery of the Chase Line electrification project and tackling overcrowding on the line, illegal waste site fires, the odour coming from Poplars Tip and supporting young people into work.

Amanda supports a wide variety of local groups, organisations and local charities including the Royal British Legion, the Rotary Clubs, the Lions Clubs and Soroptimists, Newlife Foundation for Disabled Children, CHAPS and the Hibbs Lupus Trust – to name a few!

Amanda was born in Burton upon Trent and brought up in a nearby Staffordshire village. Living in Cannock Chase means that Amanda is always out and about in Cannock, Hednesford, Rugeley and our villages attending events as well as visiting residents and businesses.

Keep up to date with Amanda’s work by following her on Facebook at fb.com/amanda.milling