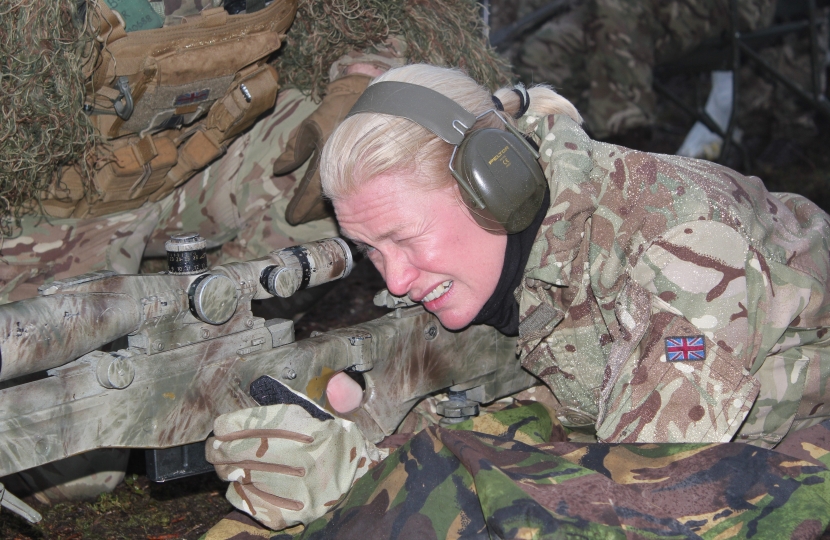 The Cannock Chase MP has thrown her support behind proposals to modernise the Armed Forces announced by Secretary of State for Defence and Member of Parliament for South Staffordshire, the Rt Hon Gavin Williamson CBE MP, which is aimed at ensuring they are fully equipped and capable of responding to the challenges that may lie ahead.

Amanda Milling MP said: “I believe that the Secretary of State is absolutely right to point out that the world is changing and so too are the threats to the UK’s security and interests. I therefore welcome this announcement and believe that it will help to make sure that our Armed Forces are fully equipped and capable of responding to any new or developing threats in the future.”

Amanda Milling welcomed this announcement following a recent trip to Estonia where she visited British troops who are currently deployed there. The Cannock Chase MP is taking part in the Armed Forces Parliamentary Scheme which saw a delegation of MPs join the Royal Welsh Regiment who are currently serving alongside NATO troops in Estonia as part of a major mission in the Baltic states to deter Russian aggression.

The Cannock Chase MP added: “The visit to Estonia enabled me to understand first-hand the work of our incredibly talented troops who are leading the multinational Enhanced Forward Presence battlegroup and better understand the threats to our country and challenges that our troops face. The visits I have been on with the Armed Forces Parliamentary Scheme both here in the UK and abroad in Estonia and Kenya have demonstrated the importance of ensuring our defence capabilities are adapting and continue to adapt to changing threats.”