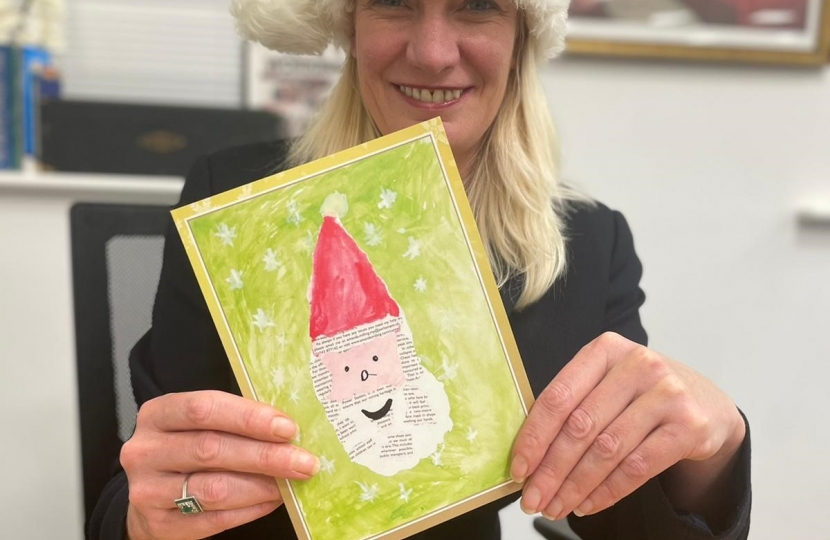 Amanda Milling MP is pleased to announce the winner of her official Christmas card competition as Samuel Davies-Ratcliffe, age 6, of Chancel Primary School in Rugeley.

The card designed by Samuel will be sent to the Prime Minister, the Rt Hon Boris Johnson MP, amongst others.

School children across Cannock Chase were invited to design the cover of the MP’s 2020 Christmas card.

Commenting, Amanda Milling MP, said: “Congratulations to Samuel Davies-Ratcliffe of Chancel Primary School in Rugeley and well done to the runners up. Samuel’s design caught my eye as it very cleverly used an article I’d written for a local magazine to build up a Father Christmas. I would like to thank all the local school children who took part in the competition and wish them all a very Merry Christmas.”

I would like to pay tribute to Colour Sergeant Watchman V - Staffordshire Bull Terroir and mascot of the Staffordshire Regimental Association - who has recently passed away.

Watchman V was the fifth mascot to bear the name Watchman in a line of mascots stretching back to 1882.