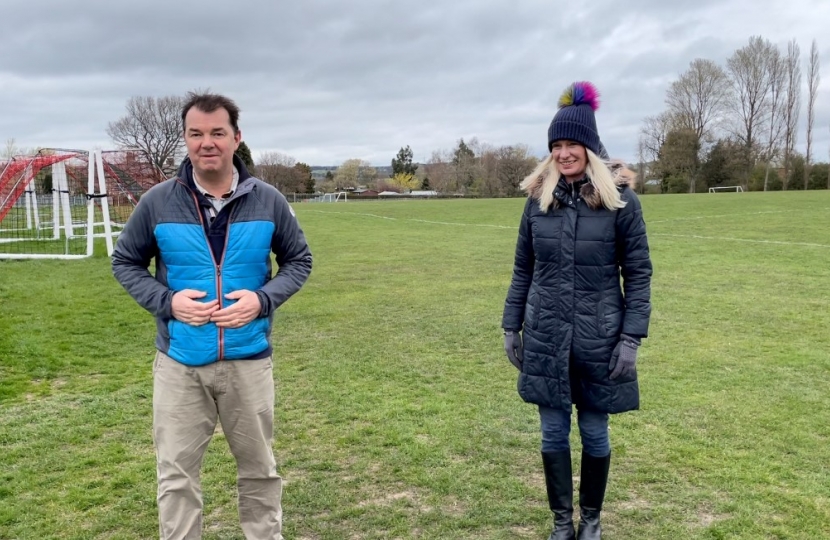 CHAPS are raising money to build a national, permanent memorial to commemorate the men, women and children who worked in the mining industry and served or died for their country.  The memorial will be built at the National Memorial Arboretum.

The #10for10 challenge was launched by Hexham MP Guy Opperman to mark the 10th anniversary of his treatment for a brain tumour by encouraging others to join him in fitness challenges for charity.

Commenting, Amanda Milling MP, said: “The 10for10challenge is a fantastic way to get active and raise money for a cause important to so many. I chose to do the challenge on behalf of CHAPS because mining played a big part in Cannock Chase’s history and it’s fitting that we remember all those who worked in the mining industry across the country. I hope people across the West Midlands will join me in this fundraising efforts and get involved in 10for10 themselves.”

Mike Mellor, President of CHAPS, said: “I am delighted that Amanda has chosen the National Miners’ Memorial for her challenge.  We are so close now to our target figure of £100,000 with just over £5,000.00 needed – this will help us on the final step”

Amanda Milling MP has welcomed the Government’s Vaccines Delivery Plan – the biggest vaccination programme in British history – that sets ambitious targets as the government continues to ramp up its vaccine rollout.