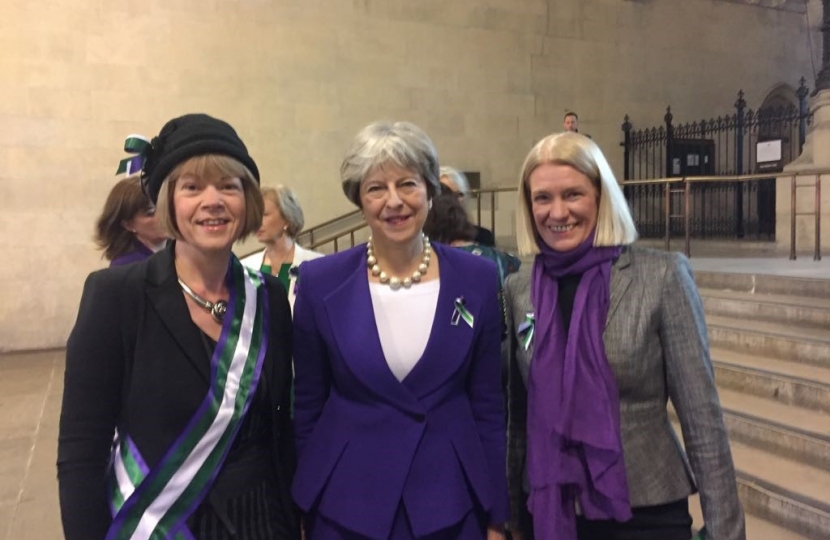 Amanda Milling, MP for Cannock Chase joined other female Members of Parliament as the Prime Minister launched a series of year-long events and exhibitions to mark 100 years since some women were given the right to vote. On 6th February 1918, Parliament passed the Representation of the People Act 1918 which reformed the electoral system enabling all men over 21 to vote and, for the first time, giving some women the right to vote.

There are now a record number of women in the House of Commons, with 208 women elected to Parliament at the General Election in 2017. Theresa May and the Conservatives have a proud record of promoting women in politics. The first woman to sit in the House of Commons was Conservative MP, Nancy Astor. In addition to this, the Conservatives were the first party in the western world to elect a female Prime Minister, Margaret Thatcher.

Amanda Milling MP said: “It was a real honour to join the Prime Minister and other female Members of Parliament at the event to mark the 100th anniversary of women having the right to vote. We have come a long way in 100 years. I am pleased to say that we have more female Members of Parliament than ever before and I am particularly proud that the Conservative Party have had two female Prime Ministers.”