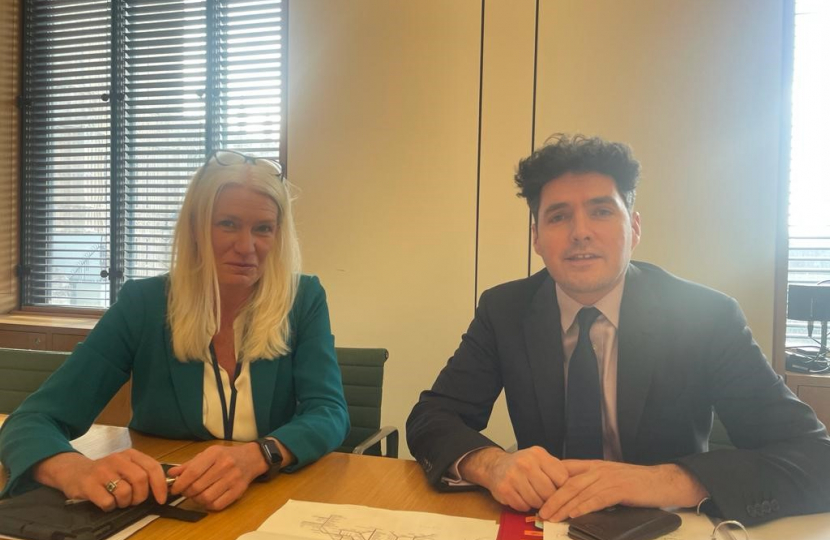 In a wide ranging agenda, the Cannock Chase MP raised everything from timetabling of the last train, accessibility at stations to anti-social behaviour and fare-dodging.

Amanda Milling said: “I was pleased to have a very productive meeting with Huw Merriman, the Trains Minister.  Whilst the service on the Chase Line has improved over the years, there are still a number of issues that need addressing and the meeting was an opportunity to discuss these in detail with the Minister.  In particular, we discussed the timetabling of the last train to Rugeley, the accessibility issues at the Rugeley stations and the on-going problems with anti-social behaviour and fare-dodging on the line. The Minister committed to looking into the matters that I raised and I will continue to press for these issues to be addressed.”

The meeting took place as a result of the Minister agreeing to meet with the Cannock Chase MP when she raised the Chase Line in Parliament at the end of last year.