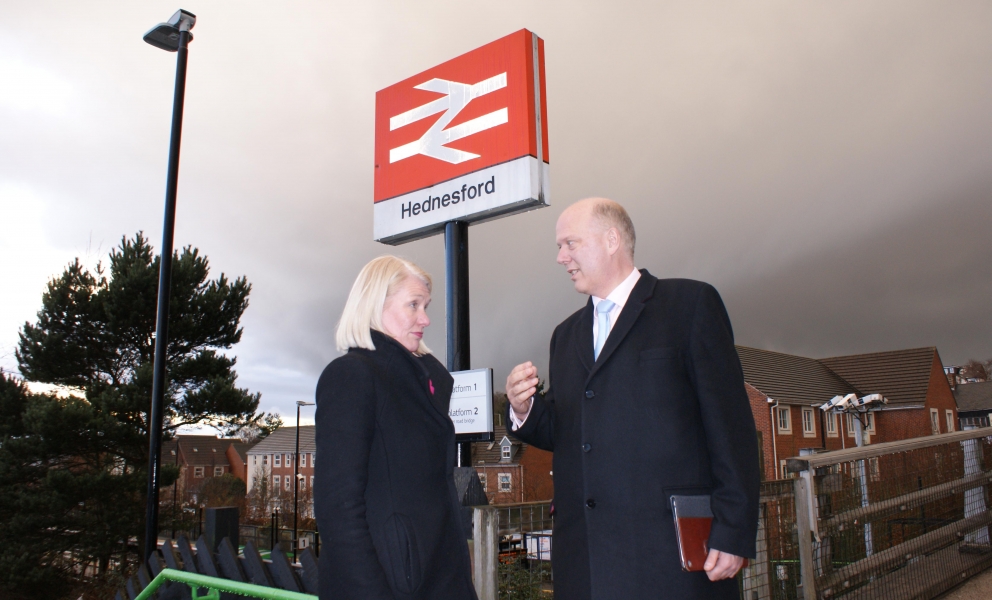 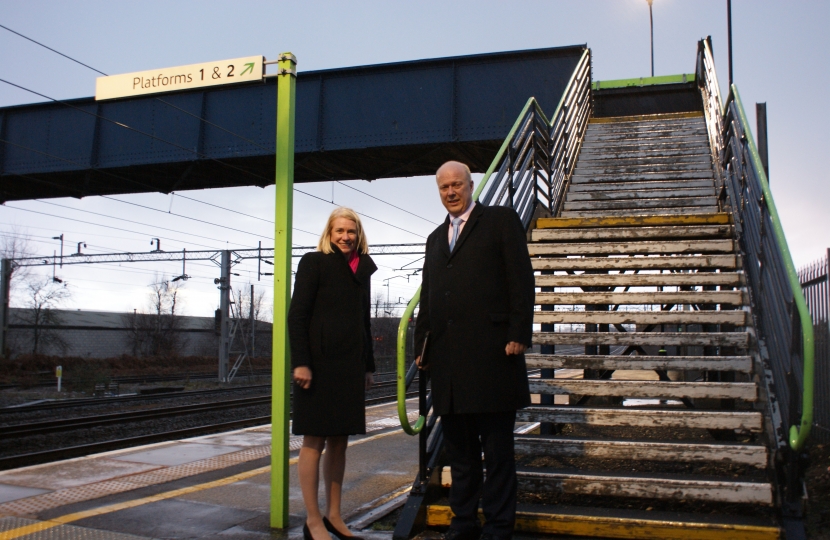 Cannock Chase’s MP, Amanda Milling, welcomed the Secretary of State for Transport, the Rt Hon Chris Grayling MP, to Cannock Chase where the pair visited the Cannock, Hednesford and Rugeley stations. The Cannock Chase MP used the visit as an opportunity to update the Transport Secretary on progress on the line’s electrification but also urged him to back her calls for further investment in each of the railway stations.

Amanda Milling said: “I have raised the issues faced by passengers on the Chase Line numerous times in the House of Commons so I was really pleased and grateful that the Transport Secretary took the time to visit Cannock Chase and join me on a tour of our stations in Cannock, Hednesford and Rugeley. As part of the visit I was able to show him progress in terms of the electrification works which will see faster and more frequent trains which will ease overcrowding. But I also wanted to use the visit as an opportunity to take the Transport Secretary to stations and explain to him what improvements we really need.”

With increasing passenger numbers the Cannock Chase MP has, for some time, been calling for platform extensions to accommodate longer trains as well as pressing for better station facilities. This includes providing disabled access at Rugeley Trent Valley, an issue she raised in Parliament before Christmas.

The Cannock Chase MP added: “One of the key issues I wanted to raise with the Transport Secretary was the lack of disabled access to the northbound platform at Rugeley Trent Valley, where passengers are faced with some steep steps to cross the railway tracks. I have also received numerous complaints about the dangerous entrance and exit to the car park and I am due to soon have an onsite meeting with various organisations.”

Vehicle access to and from the station car park is something the Cannock Chase MP is keen to resolve and she will be holding a meeting with representatives from Staffordshire County Council, Network Rail and West Midlands Trains next month.