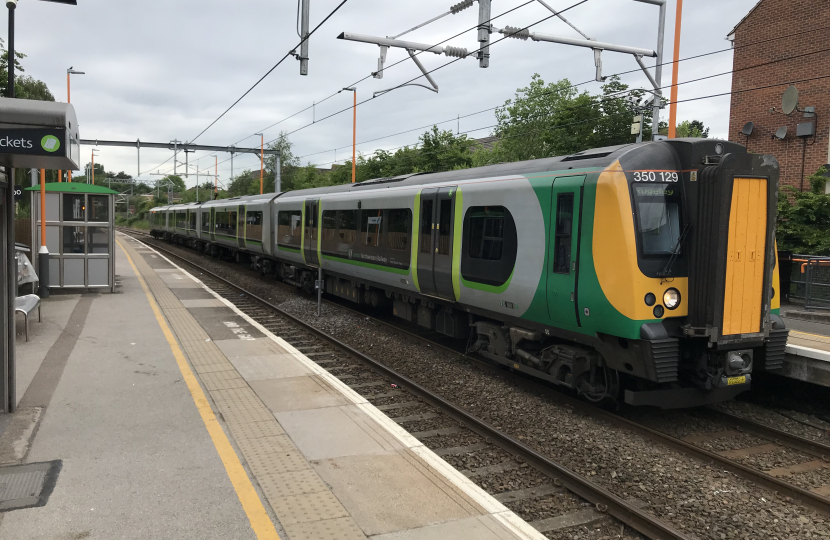 This follows a long running campaign by Amanda Milling to tackle fare-dodging on the Chase Line which passengers have frequently complain about.

Responding to a question from the Cannock Chase MP in the House of Commons the Trains Minister, Huw Merriman, confirmed that the penalty for not having a valid ticket will increase to £100 plus the cost of a ticket from 23 January 2023.

Amanda Milling said: “Over the years I have had many complaints from honest fare-paying Chase Line passengers and season ticket holders about others travelling on the line without a ticket. This is something I have seen for myself when I joined Revenue Protection officers.  It was clear to me that the £20 penalty was not an effective deterrent to fare-dodging.  I’ve raised this with Ministers and in the House of Commons in the past. So I am really pleased that the government have listened and increased the penalty fare.  I hope that this will go some way to addressing the problem.”

Whilst the Cannock Chase MP welcomed the increase in the penalty fare she is concerned that this is only part of the solution, as there is also a need for sufficient Revenue Protection officers on the Chase Line to check passengers’ tickets and issue penalties.

The Minister confirmed that an extra nine new Revenue Protection Security Managers will be deployed across the West Midlands Trains network, including on the Chase Line.

The Cannock Chase MP added:  “The increase in the penalty for fare-dodging is very welcome but enforcement action also needs to be stepped up.  We need to ensure offenders are being caught and being issued these fines.  To do this is essential that West Midlands Trains have sufficient Revenue Protection officers. So I was pleased to learn that new officers are in training and are ready to be deployed across the West Midlands network as well as on the Chase Line.”

With anti-social behaviour and fare-dodging on the Chase Line an on-going problem Amanda will continue to monitor the situation closely and is looking to join the West Midlands Trains enforcement team in the near future.