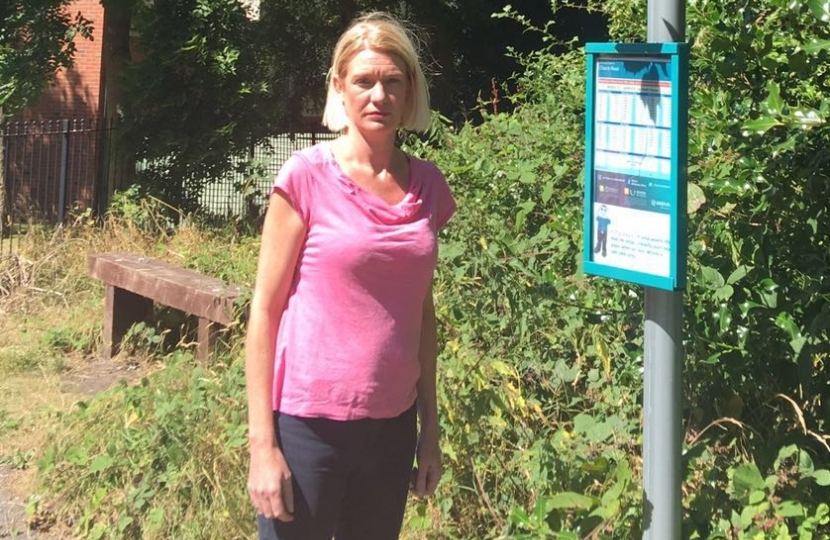 Amanda Milling, Member of Parliament for Cannock Chase, has slammed Arriva for withdrawing Sunday bus services which run from the Cannock depot. The withdrawal of services has been described as a real blow by the Cannock Chase MP who is concerned for residents who are reliant on public transport.

Arriva have withdrawn a number of services across Cannock Chase following Staffordshire County Council removing their subsidy for some of the services.

Following this recent announcement to withdraw Sunday services, Amanda Milling has written to Arriva to express both her dismay and that of local residents. The Cannock Chase MP is seeking a meeting with Arriva to discuss the matter and the possibility of restoring Sunday services.

Amanda Milling MP said: “The news that Arriva have withdrawn some services and all of those that run from the Cannock depot on Sundays is a real blow to bus passengers across Cannock Chase. I have written to Arriva and called for a meeting to discuss these changes. There are many people who rely on buses to get out and about and there is a real danger that they will be left stranded as a result of this decision.”

This is not the first time that he Cannock Chase MP has had to campaign to save bus services. Following an on-going campaign with the residents of Norton Canes a partial service was restored to the Norton Green Lane area of Norton Canes. She has also been pushing to see direct services restored between Heath Hayes, Wimblebury and Hednesford. Amanda will once again raise these issues with Arriva at the upcoming meeting.