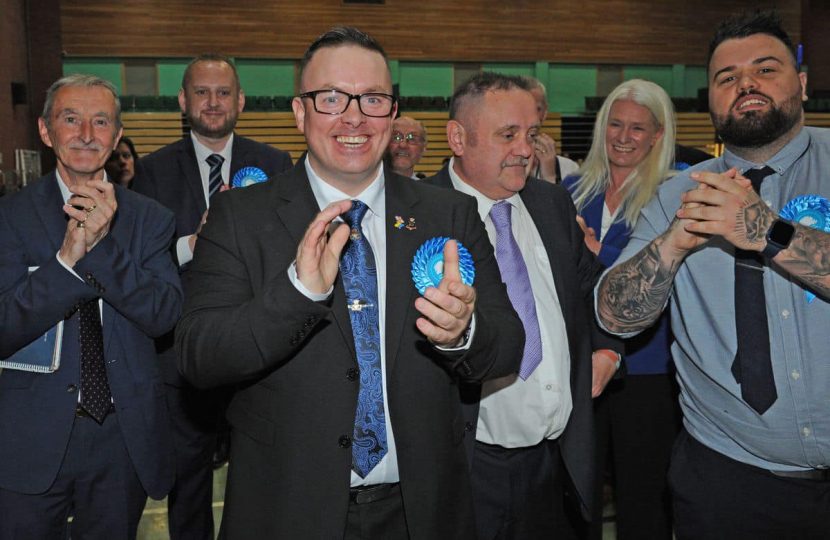 In my last column, I set out the local Conservatives’ ambitious plans for our area and what they have already achieved for the people of Cannock Chase.

I would like to say a huge congratulations to all of those elected - and a massive thank you to everyone who helped during the campaign and, of course, everyone who voted Conservative.

In Westminster, the Conservative Government is also delivering for the people of the UK.

At the close of the latest Parliamentary Session, we have delivered new laws that are laying the foundations for a stronger and fairer Britain – driving up standards in the NHS, taking back control of our borders, making the most of our Brexit freedoms and helping to level up the whole country.

Now that we have left the EU, we have introduced new laws to allow public authorities to financially support British businesses without facing burdensome red tape, and to ensure we have world leading standards of animal welfare.

We have also taken important steps to strengthen our borders and crack down on dangerous criminals in the UK. The Nationality and Borders Act clamps down on people smuggling gangs and makes it easier to remove those from the UK with no right to be here.

It also confirms our ability to relocate illegal immigrants as part of the Government’s landmark Migration and Economic Development Partnership with Rwanda.

Meanwhile, the Police, Crime, Sentencing & Courts Act introduces tougher sentences for the most serious crimes, which along with the Judicial Review & Courts Act means the police and courts now have the powers they need to target the most dangerous criminals and deliver justice for victims.

It was so exciting to see the Queen’s Baton passing through Cannock Chase.