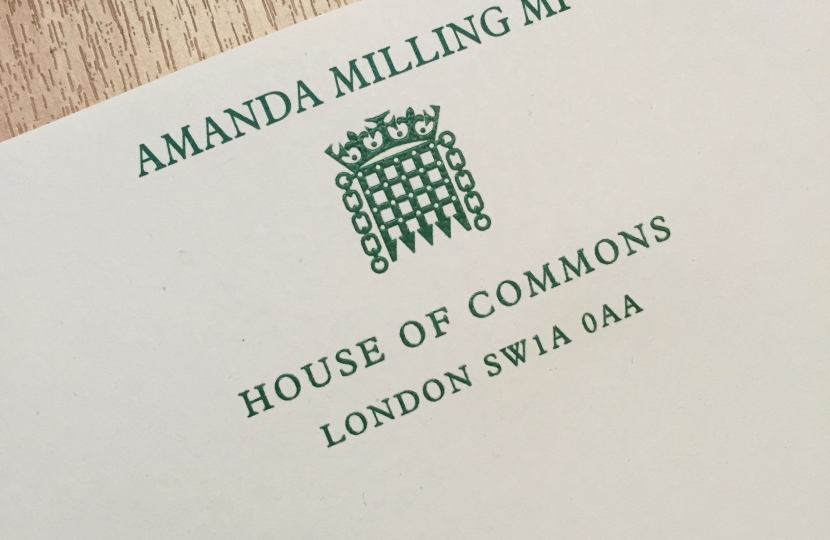 The decision to carry out strikes against Daesh was a very difficult decision to make. The House of Commons takes such a decision very seriously and with much care and thought put into deliberation. This was not a decision taken lightly.

The scale of the threat that we face from Daesh is unprecedented. Our police and security services have disrupted no fewer than seven terrorist plots to attack the UK, every one of which was either linked to or inspired by Daesh. I am in no doubt that it is in our national interest for action to be taken to stop them.

Daesh have either directly organised, or inspired through their propaganda –

The Prime Minister is right to describe Daesh as a death cult. The threat posed by Daesh is further underscored by the unanimous adoption of UN Security Council resolution 2249. The resolution states that Daesh "constitutes a global and unprecedented threat to international peace and security" and calls for member states to take "all necessary measures" to prevent and suppress terrorist acts committed specifically by Daesh and, crucially, it says that we should "eradicate the safe haven they have established over significant parts of Iraq and Syria". Upon request for assistance from the Iraqi Government, British aircraft are already delivering the second highest number of airstrikes over Iraq. However stopping Daesh altogether means taking action in Syria too, because Raqqa is its headquarters.

I have always remained open minded about action in Syria, however when I considered all the above facts, most notably the recent events in Paris, I voted in favour of air strikes in Syria exclusively against Daesh targets. Our allies, especially France, have directly asked for our help combating Daesh and I believe we should stand shoulder to shoulder with them in the mission to destroy this grotesque organisation.

There comes a point when a threat cannot be ignored. I believe this is that time. I do not blindly vote for action, however I believe our national security, the safety of UK citizens is in danger. It is the first duty of government to protect its citizens. The UK will not be acting alone and the world is united in its commitment to defeat Daesh.

The RAF also brings unique capabilities to the coalition forces. The Brimstone missile used by the RAF fast jets is highly accurate and can help ensure minimum collateral damage. Only the Saudi Arabian Air Force jets use the missile so we have a unique capability amongst western nations. So far the RAF have carried out 400 attacks against Daesh without a single reported civilian casualty. This offered me some reassurance when making my decision.

It has been reported that the Brimstone missile can strike a car on a drive and the building next to it would suffer no more than a few broken windows, such is the precision nature of this missile. Other missiles used by our allies, such as the Hellfire, would cause far more damage to a much wider area. So the RAF can actually help reduce civilian casualties by the use of our precision missiles from Tornados, and soon the Typhoons.

I know the RAF is taking extreme care to ensure no civilians are caught up the attacks. This is because of the professionalism of our armed forces, they are aware of the risks to civilians and do not want to harm anyone, other than the intended target, Daesh.

It is worth noting that the first strikes carried out by the RAF are against the oil infrastructure that Daesh has captured. Chocking of their funding is one of the main ways to stop this death cult.

I am very aware we cannot defeat Daesh with military action alone. The Prime Minister's approach is based on the counter-extremism strategy to prevent attacks at home, the diplomatic and political process to work with our allies, humanitarian support and longer-term stabilisation, as well as military action. Britain has so far given over £1.1 billion, surpassed only by the USA, and would contribute at least another £1 billion for post-conflict reconstruction to support a new Syrian Government when they emerge.
Peace is a process, not an event. I agree it cannot be achieved through a military assault on Daesh alone, but the strategy must start with degrading and defeating Daesh. Throughout our history, the United Kingdom has stood up to defend our values and our way of life. We can, and we must, do so again.