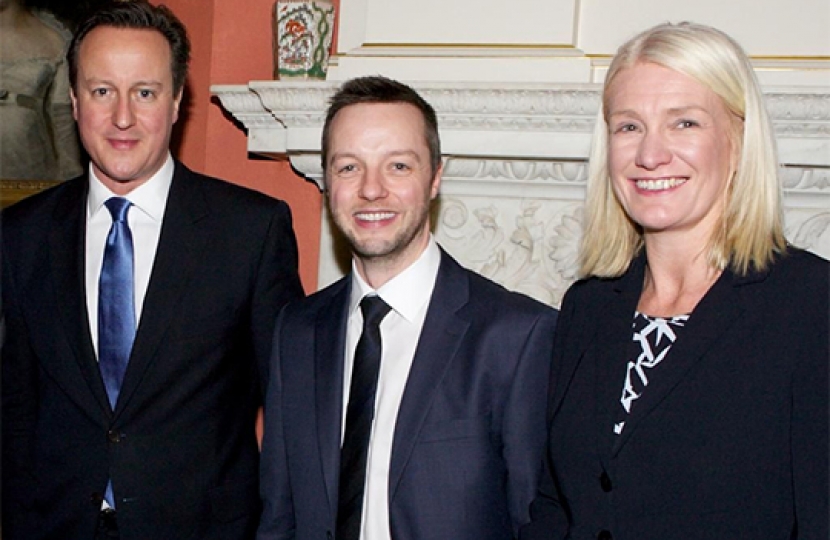 Chris was appointed Headteacher of Redbrook Hayes Primary School early in 2014.  His appointment followed an Ofsted inspection in November 2013 which judged the school as requiring improvement. Under Chris’ leadership significant progress has been made in terms of addressing areas which were identified as requiring improvement which was recently recognised in an inspection of the school.Prime Minister David Cameron said:

“Delivering the best schools and skills for our young people, so that they can fulfil their potential and get on in life, is a central part of our long-term economic plan. With such dedicated and inspiring teachers in our schools I know we can ensure our children get the best chance to succeed. It was an honour to celebrate their commitment at this reception.”

Amanda Milling said: “I visited Redbrook Hayes Primary School before Christmas. I was hugely impressed by Chris Gaffiney and his team’s commitment to improving the school to ensure our community’s children get the very best possible start in life.  This was clear to see in the classrooms and a nativity play that I attended.

Chris Gaffiney said: “It was a real privilege to have the opportunity to visit Number 10, meet the Prime Minister and fellow teachers and headteachers. I was able to talk about the work we have been doing at Redbrook Hayes to ensure our pupils get the best education.